The happenings of today(peaceful  escort and eviction of destructive and disrespectful guests) and how  it trends on the  social media has  left the community thinking, because  they considered it a simple legitimate and natural action that  is least expected  of  any free  human being and  we have always fought to be free.
The warnings and cautions  of possible reprisal and vindictive  attack  leaves  also the community thinking about what had happened or done wrong to suggest that someone might think that?
The Fulani and their cattle are not new  to us.  Some of our  daughters  are officially married  to them and some of our men are also married to some of their women. Nenwe people are generally liberal , welcoming and respectful.  They Fulani s have stayed relatively peaceful in the community until recent years when they started showing some arrogant attitudes.

'Our fulani guests' who had bows and arrows  continued  to welcome other strange fulanis who have AK 47. These later arrivals  gradually outnumbered  the initial guests and there animals became more than our bushes  can contain. They were arrogant, violent and disrespectful to our people,culture and traditional. Thefts and rape became  daily issues and we couldn't find our reference point original  fulanis anymore . The villagers  receive ultimatums from these guests  on when to harvest their crops or they would push thousands of cows in the farms. Farmers  started losing lots of money and patience. Mark you that Nenwe is  a farming community in Aninri LGA. They (FULANIS) would tell you boldly that the police  wouldn't do them anything and they were always right.  Dialogue  became difficult and delinquency increased  since they had  some unwritten immunity and  the   of impunity that follows it . The ground nuts , corns and yams are still in the farms and these people have started grazing on them unabated, then yesterday with the arrival of about 3000(three thousands) new animals  the villagers  didn’t have another option  than to  block them on the road  and give them all a gentle and peaceful  marching orders  out of the territory as to salvage their crops. 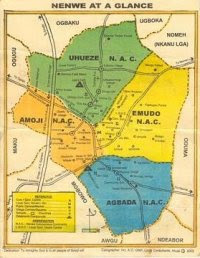 A BRIEF BACKGROUND OF NENWE PEOPLE:
Nenwe is a  peace loving town of  four autonomous communities in Aninri LGA of the old Greater Awgu. It is predominately  an agricultural (farming) community.
The people are respectful,  patient,peaceful, hospitable, though they have in the course of history ‘seen it all’ in problems form  hands of misinformed  authorities  due to  their courage,discipline, intolerance  to indiscipline,quest for independence and democracy which are ingredients  they believe would guarantee   their survival as a people .
u They were the community that engaged the Edah and Aro slave mongers  (in the late 18th century) who continued to ravage the whole area. This  was not without a great toll on their lives and resources. The defeat of the Edahs  is still marked with annual  festivals  that include fight and war skill exhibitions by youths  who start from 6 to 20 years to practice fiscal combat and management of conventional weapons.
u The British colonial masters in the last century didn’t understand the Nenwe mentality and fell apart with them . The nenwe people  courageously but untactactacally   told off the District commissioner (DC)  by claiming they would be  to be inviting the Germans from Cameroon  who they heard were better than the British. The British colonial men couldn't imagine this.  The  commissioner had  to send  some police men to punish and  collect fines  but  they were given some lessons of war. Then from Okigwe  they sent some (automatic) gunners  who came and mowed down half of the town and imposed a local tyrant on them as ruler. 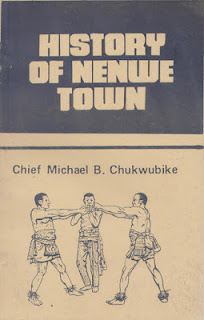 The dictator was brutal and disrespectful and moved  with tens of body guards though  on a particular market day a coup was planned and his head was chopped off in the market by nenwe  youths. The town suffered again  more British shootings  and fines from the colonial masters.But  their tactics and behaviour in Nenwe changed because it seemed   they got a lesson on how to respect a people.
u The 1966 coup saw one of their sons in the forefronts. The Bifran militia had their greatest logistic Division in Nenwe therefore most Nenwe people were the first that enrolled  both in the boys  brigade and the  Rangers. The Abagana junction ambush that whipped NA Div 2 had the imprint of two of Nenwe  sons behind  the  Biafran special weapons. The sinking of the  NN ship at Uguta in early 1968  had a gallant Nenwerian  behind the shore batteries . After the war they had to contend  with the undisciplined and disrespectful  126  and 128 battalions of the Nigerian Army  who occupied the town till 1974. Most of the young men who were Biafran Commandos abandoned the town in anger and migrated until the occupying soldiers left.
u In the dark days (1978) of squabbles  with neighbouring towns , {a period that fortunately has become history due to sacrifices of everyone who worked   towards ,peace and progress of all communities}. The NPF and other security agencies who came to quell the combats  became very corrupt , disrespectful  and consequently  lost some operatives and combatants in Nenwe. The town was literally razed and  destroyed by the Nigerian police , some Nenwe lives were lost but more importantly the security agents and military started being more respectful while operating on Nenwe soil. Mark you Nenwe sons and daughters occupy the highest positions in the security agencies  so it is  not a hatred  for the profession but hatred for indiscipline, rather a Nenwe association (Nenwe Integrity Foundation)  last year single handedly built a multi million Police Station and donated it to the NPF . 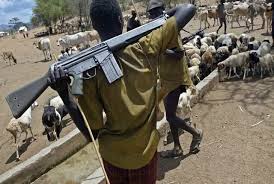 I just narrated these 4 painful periods in Nenwe history to show that we are very respectful and disciplined people but do not shy away from stamping our feet on the ground when our humility and kindness are misunderstood and our patience put to limits. 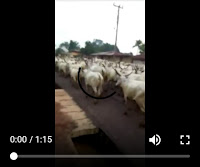 This said  we appeal to the State governor and the FGN to caution the fulani people  on their unruly behaviour in Nenwe and to desist from disturbing the peace  in Nenwe. We also ask our neighbours  to control those in their homes  because any fuani who comes to Nenwe must have to  run to a town  and that town will account for whatever... .
As stated  already we want to live in peace in our town and we want anyone  who wants to live  with us  to be peaceful . We don't have anything against the Fulani people after all Nenwe people peacefully living  in the northern Nigeria are 50 times more than the Fulanis  etc living in Nenwe. We only ask our guests  to respect us and respect the laws.
They said they are coming to attack us  because  we do not want our crops destroyed. Well, we have no other place to run  to than Nenwe and as we say in Nenwe parlance: "...Ayi lo ya.."
Thanks
From
The Nenwe Youths. 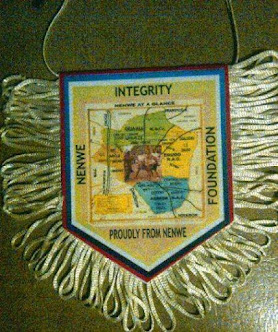